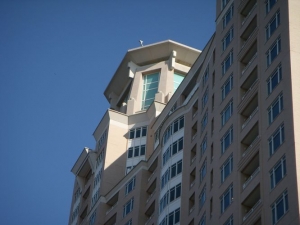 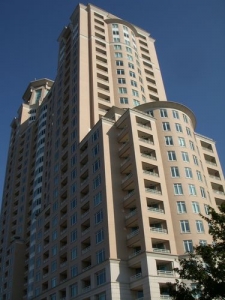 Number of Stories: 20 plus stories

Type of Work: Complete replacement of severely deteriorated exterior steel stair cooling tower support framing. SRG performed an analysis and design of the new support framing as well as modifications to two (2) other mechanical support platforms as part of a mechanical renovation.

SRG’s Role: SRG was retained to perform a field survey of the as-built construction, review the original construction documents and devise a remedial plan to repair or replace the existing support framing. SRG then developed repair design documents for use in soliciting competitive bids. This project was also complicated by the height of the structure and how it is surrounded on three (3) sides by the Baltimore Harbor. This required that the design include provisions for the old framing to be removed and the new platform framing be erected by way of a helicopter.