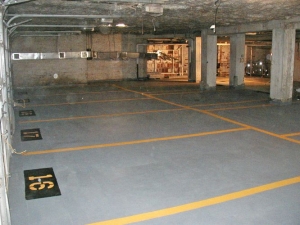 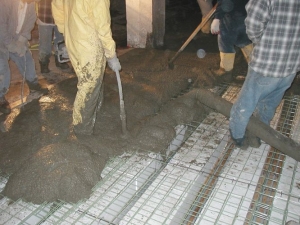 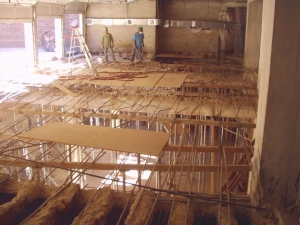 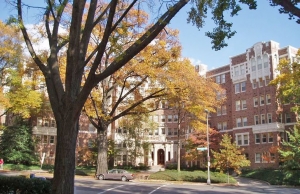 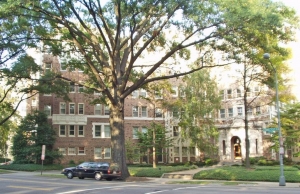 Type of Work: Concrete parking deck repair and partial replacement of cast-in-place concrete one-way joist system, epoxy injection of structural cracks, application of vehicular traffic bearing coating system, grouting of void space discovered below the slab-on-grade sections of the garage and negative side waterproofing of the below grade foundation walls.

SRG’s Role: SRG was retained to investigate extensive concrete deterioration in the garage’s concrete deck and develop a remedial repair design package that was then used to solicit competitive bids. SRG assisted the owner in the contract negotiation phase and performed construction observation and contract administration services during the construction. One of the challenges of the project was the presence of mechanical and storage rooms located immediately below the work area which needed to be kept operational through the project.  During the construction phase, an odor consistent with fuel oil became evident, which appeared to originate from an abandoned underground exterior storage tank.  SRG interfaced with the EPA, DC Environmental Health Department, and the tank removal contractor to minimize the impact of the tank removal process on the foundation wall adjacent to the garage work zone.