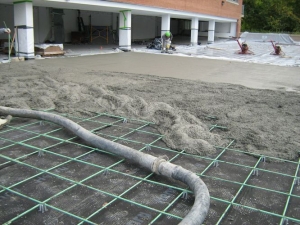 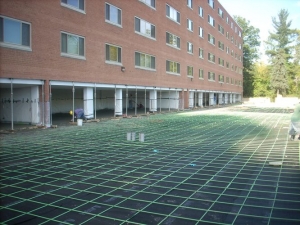 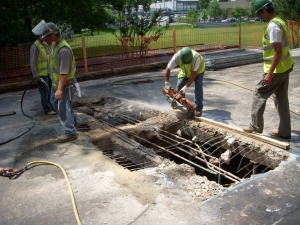 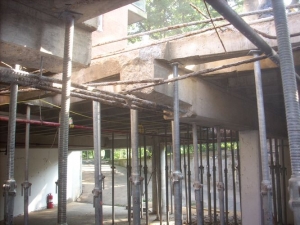 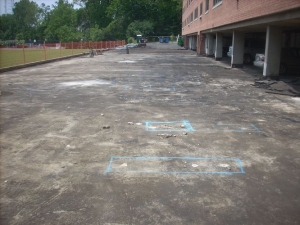 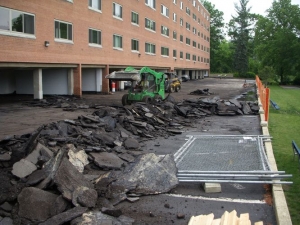 Type of Work: Evaluation and repair design to address structural deterioration and waterproofing issues at a one level elevated parking deck that was constructed over an on-grade parking garage. The project involved a one-way joist and beam system that was in disrepair. The concrete structure was surveyed and repaired after which the deck was overlain with a membrane waterproofing system. A guard perimeter wall was constructed and water management devices were installed to collect and control storm water runoff. A cast-in-place concrete topping slab was installed over the membrane waterproofing to provide a wearing surface for the vehicular and pedestrian traffic.

SRG’s Role: SRG was retained to perform an investigation of the concrete parking deck and waterproofing system and perform a condition assessment of the overall parking structure. Based on our findings, SRG developed a design package for the garage structural repairs and parking deck renovation as well as waterproofing system replacement. The design package was competitively bid after which SRG assisted the Owner in the contract negotiations and performed construction observation and contract administration services during the plaza and garage construction phases.