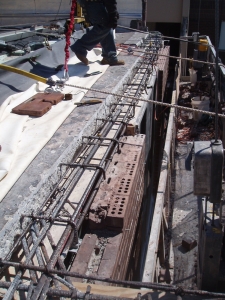 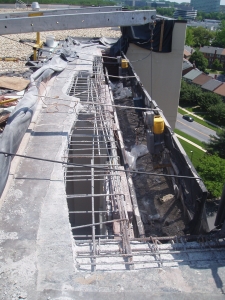 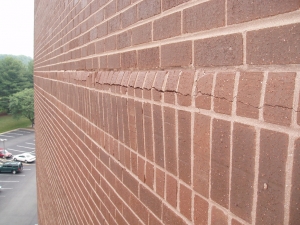 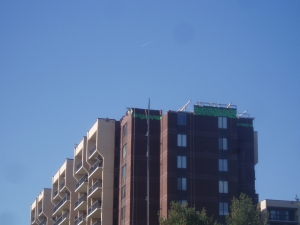 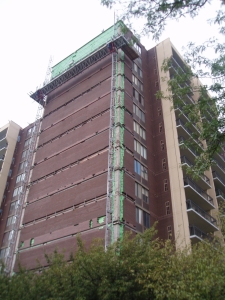 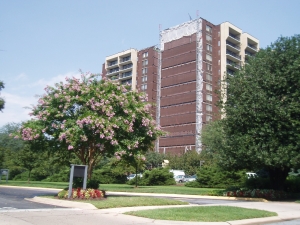 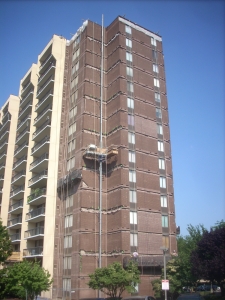 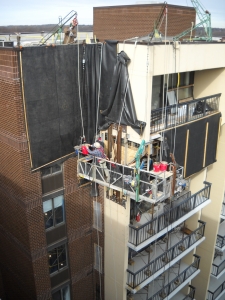 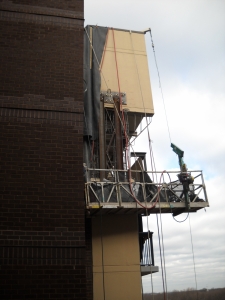 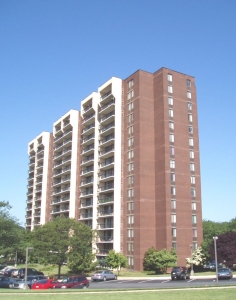 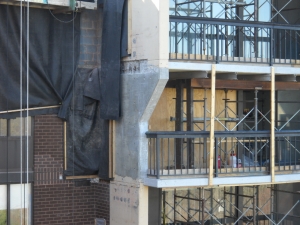 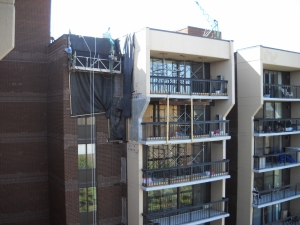 Type of Work: The work involved repairs to a severely deteriorated masonry façade that had experienced bulging/lateral distortion and was deemed unstable in areas. The remedial work included partial replacement of the masonry façade and installation of through wall flashings and horizontal relief joints, as well as repair of concrete balcony wing walls that serve as exterior columns and repair of portions of the deteriorated concrete roof slab.

SRG’s Role: SRG was retained to investigate the masonry façade distress and widespread leaks at the building and develop a repair design package to address the global repair of these elements. This work was competitively bid and SRG assisted the owner in the contract negotiation phase. SRG also performed construction observation and contract administration services during construction which spanned over an approximately two (2) to three (3) year period.  During the course of the work, deterioration of the structural concrete balcony wing walls was encountered and the scope of work was expanded to include repair of these elements as well as repair of other structural concrete elements including the roof slab. Much of this work was performed while the units remained occupied while certain repairs required the temporary relocation of residents.