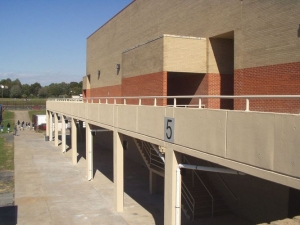 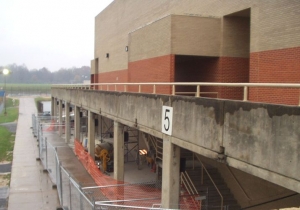 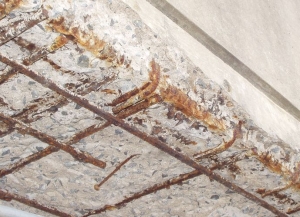 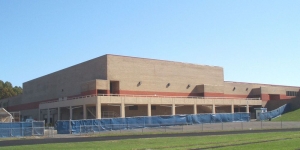 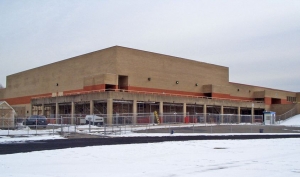 SRG’s Role: SRG was retained to investigate extensive concrete deterioration at an elevated walkway that served as an emergency egress for the school gymnasium. SRG performed an assessment of the existing structure including obtaining concrete core samples for petrographic testing. We designed a repair package to enhance the drainage provisions for the walkway and a waterproofing system to protect it from future exposure to water and chlorides. SRG served as the Engineer of Record and Critical Structures Inspector during the construction phase.  The work was performed under a tight schedule due to the approaching sports season.